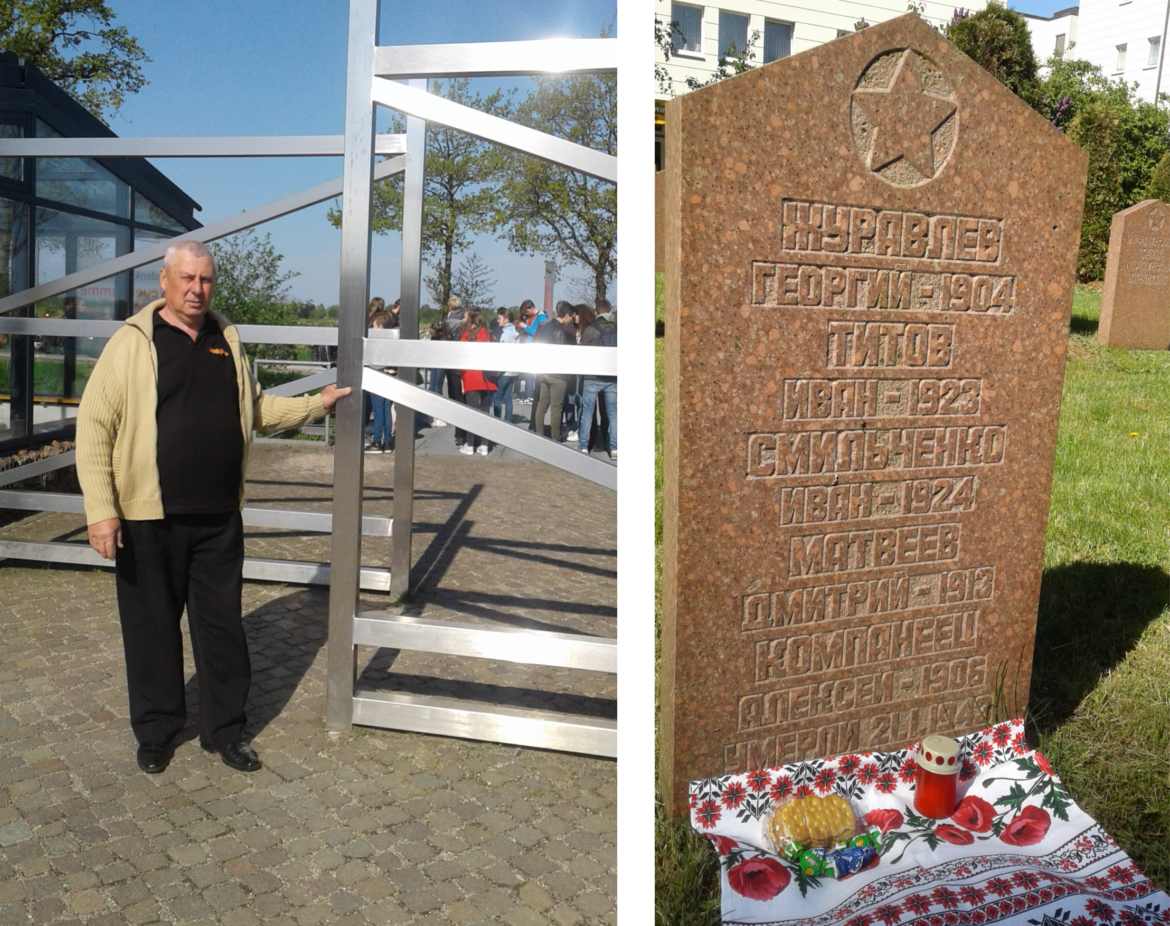 Mykola Titow has been researching for many years on the history of his two uncles, who were deported to Germany as forced laborers during the Second World War and died there. In 2017 and 2018 he has travelled through Germany following their traces. Here he tells about his family, his mother’s last wish for information about the fate of her brothers and the valuable encounters during his stay in Germany.

I am Mykola Ivanovich Titow, citizen of Ukraine, born in 1953 in Timoschovka, Mikhailovsk region, Zaporozh district. The tragic events of the Second World War had serious consequences for my family. I was born after the war, but the war never let me go.

My mother and I lived with my grandparents. My parents never married. Unfortunately, my grandparents died young. The loss of them was painful to me all my life.

My uncles died in Germany

But in 1942 the war came to her home as well. The eldest son Iwan, he was 19 years old at that time, was taken by the Nazis to a labour camp in Germany. He was still a boy who had not yet lived and saw nothing but his village. He had to work in a factory.

He was certainly afraid when he was locked up in Buchenwald concentration camp, where he was given prisoner number 6374. Via Neuengamme concentration camp he finally arrived in its subcamp Wittenberge. He was in this concentration camp for only a short time. I suspect that at this time he was not only physically but also morally broken. He is buried in Wittenberge at the cemetery of honour near the town hall. I received the documents about my elder uncle thanks to the International Tracing Service in Bad Arolsen.

I also received information about the younger uncle through the International Tracing Service. The only thing I do not have are photos of either of them. Everything was burnt in the war.

My uncle Nikolai was kidnapped by the Nazis together with his older brother, probably to somewhere near Pritzwalk. He didn’t come back home either. According to his friend he died while working. He is buried in the cemetery of honour for soldiers of the Red Army in front of the Wittstock railway station.

It was my mother’s last wish to know about the fate of her brothers. In Soviet times that was not possible.

I have collected some additional material about my uncles, but I can’t put it together. I have tried to translate it from German into Russian, but it is difficult because there are no translators in our village.

In the house, together with my grandparents, also lived the sister of my grandmother with her daughter. She too was deported to Germany for labour service. About her I have some more detailed information. She was freed by the Red Army at the end of the war. She met a man and married him. Together they went to the USA. They lived in Fort Lee until she died.

In recent years I have become a letter writer and exchange information about the crimes of the Nazis in various forums. I have a grandson and a granddaughter who turned 15 years old in May 2019. My youngest grandson is three years old. I want to write down the history of my family for them. The two older ones have been attending additional foreign language and history courses for some time.

I have often looked with gratitude through the material I collected about my uncle during my visits to the Neuengamme Concentration Camp Memorial and in the town of Wittenberg.

A big thank you

I gladly remember the commemorations in May 2018 at the Neuengamme Concentration Camp Memorial on the occasion of the 73rd anniversary of the end of the Second World War and the liberation of the concentration camps. The organisation and the enthusiasm of the memorial staff and volunteers delighted me.

I would like to thank the Memorial and the Freundeskreis KZ-Gedenkstätte Neuengamme (Friends of the Neuengamme Concentration Camp Memorial) once again, especially for the possibility of visiting the graves of my relatives with my daughter in August 2017 and in May 2018. My family is very grateful as well.

Mykola Titow is the nephew of two Ukrainian forced labourers who died in Germany.

“The persecution of my family keeps catching up with me.”