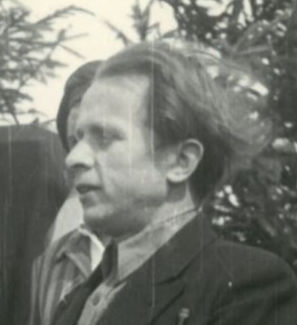 On the third of May 1945 my father Willi Neurath survived the sinking of the Cap Arcona off Neustadt/Holstein. On 6 June 1948 he was elected – together with Rudi Goguel, Hans Schwarz and Jupp Händler, to name only a few – to the executive committee of the “Arbeitsgemeinschaft Neuengamme” (AGN). I learned that while reading the book “… that wasn’t a walk in the summer. The story of a survivors’ association”. Susanne Wald, treasurer of the Arbeitsgemeinschaft, sent it to me as a new member of AGN in February 2019.

Normally on May 1st I am always a participant of the May Day rally of the DGB in my place of residence – only once in the past decades I did not attend the rally. On 1 May 2019 it should be the case for the second time that I would not take part in the DGB rally, because on this day I wanted to participate in the “Future of Remembrance” Forum in the Neuengamme Concentration Camp Memorial in order to travel to the commemoration event in Neustadt from there.

It is strange … the older I get, the more important it becomes for me to learn the details of my parents’ lives. When my mother died over 30 years ago and I had to close her apartment, I took a large box of my father’s documents with me. Among them were a thick bundle of letters that he had written to her from the Buchenwald concenctration camp, his prisoner’s stamp, a secret message that a comrade must have sent to his prison sometime and also a report of my maternal grandfather’s experiences, who had been imprisoned for nine years. Again and again I took these documents into my hands and read them – after all, they were the last “physically tangible” memory of my parents.

But in 2005 it was so far that I thought these documents belong in a “proper”, publicly accessible archive, best at a place of his imprisonment. My choice fell on Neuengamme because my father was last incarcerated here and taken from there to Cap Arcona.

I have been living in Cologne again for three years – the city where my parents got married and where my father was arrested. Since then my interest in the details of his biography has increased – now I want to know more than what I already knew from the box.

An inquiry at the archives of the EL-DE-House in Cologne, the municipal NS documentation centre, revealed that in the entry on Willi Neurath there is a reference to the Gestapo interrogation records in the North Rhine-Westphalia State Archive in Münster.

So for more than two years now, I’ve been following in my father’s footsteps more intensively than ever before. In the archive in Münster I read with great surprise that one of his three brothers had also been in prison for two years.

My decision to go to Neustadt and participate in the Forum in Neuengamme this year was only logical.

But I have to add that the correspondence with Uta Kühl, Swenja Granzow-Rauwald and Thomas Käpernick – all three are board members of the AGN – has always strengthened this decision.

School project about the history of my parents

When Thomas suggested one day to use my father’s biography as the subject of a joint project with the Küstengymnasium Neustadt, I was deeply touched.

We were fortunate on the 3rd of May: It was raining, but bright sunshine welcomed us already during the arrival. It was only for the second time that I took part in the commemoration ceremony in Neustadt and was surprised by the large number of participants. A school choir and a brass group took part – that did not happen before, or am I wrong?

If this is an indication of the fact that the remembrance of the catastrophe of 3rd May 1945 has been more widely accepted in the local public sphere than it was 20 or 30 years ago, we can be grateful for the decades of commitment of all those who have contributed to this result!

Because the question of who will take the commemoration and remembrance into their hands in the future, who wants to take responsibility for ensuring that it does not simply “stop” and break off, arises more and more urgently from year to year.

It will come as no surprise when I write that the reading of the students of the Küstengymnasium left the deepest impression on me. I’m not yet able to put into words, what it triggered within me. Minute by minute, I felt more and more “unreal.” To hear how Thomas and the young people appreciated and acknowledged my father moved me to tears.

After the commemoration event at the memorial we went to the Küstengymnasium with the students and their teacher, where we spent another hour together. I could see that these students are really interested. You must be aware that participation was not a compulsory school event, but a voluntary one.

I had also planned to ask them directly how such “traditional” commemorations affect them or whether they would organise it in a different way. I was already surprised when they told me that they found this format very appropriate. They also emphasized that it is the engagement with actual persons and their biographies that makes the topic really “vivid” for them.

When we said goodbye to each other, the students each handed me a personal letter to my father. Not only did they summarize their thoughts and feelings regarding the project, but they also posed questions to him.

I have to say, these boys and girls have impressed me. Their seriousness and thoughtfulness also surprised me and enriched my image of “our youth” with an extremely positive experience.

Keeping the memory alive together

The cooperation project with the Küstengymnasium is therefore exactly the right answer to the question about the future of remembrance: it can only be the young people of today. If we manage to “root” curiosity and empathy in their minds and hearts, then I might still be worried about the future of remembrance, because there will probably always be too few people for whom this is a concern, but I don’t see any other way.

Of course, we will always need strong partners in the political arena and in the media, but without local people for whom commemoration is a matter of the heart, nothing will happen.

I wrote a letter to the mayor of Neustadt and congratulated him and the community on this school and its committed teaching staff.

So in this year I found connection to the Arbeitsgemeinschaft Neuengamme (AGN) – after more than 70 years since June 1948, the circle closes.

I thank you all for your warm and friendly welcoming.

Muna Lübberstedt: The place of my family’s suffering and their unlikely survival

Working for a Place of Exchange: SCI-Workcamp at Neuengamme Concentration Camp Memorial