“The persecution of my family keeps catching up with me.” 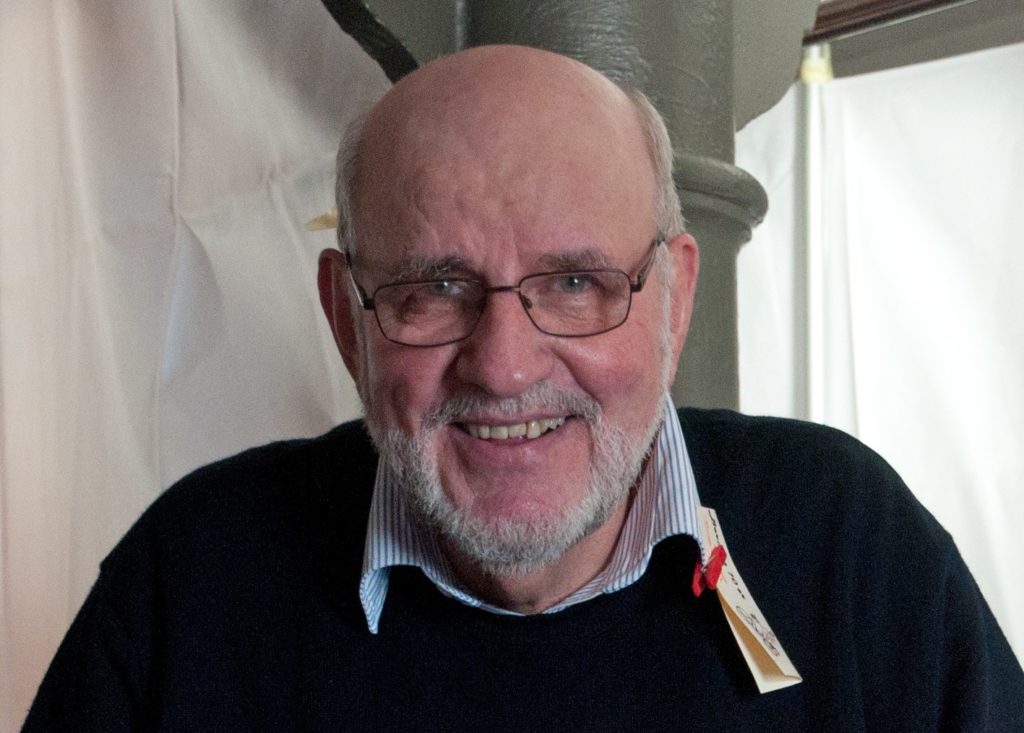 Since issue no. 24/2015, reports on the transmission of remembrance in the families of four members of the Freundeskreis KZ-Gedenkstätte Neuengamme e. V. have been published in freundeskreis aktuell, the journal of the Freundeskreis. They are either children of victims of National Socialism or of perpetrators. In this interview with Bernhard Esser, you can now read once again how strongly the memory of the murder of his uncle Alwin Esser in the Fuhlsbüttel concentration camp was always present within his family.

Soon after the National Socialist takeover, Alwin Esser, his brother Rudolf and his father Fritz were targeted by the Police Authority and other Nazi organisations. All three were politically active in the KPD (Communist Party of Germany) or its youth organization. The father was a member of the Reichstag in 1924 and a member of the Hamburg Parliament for several years. Alwin was deported to Wittmoor concentration camp in May 1933. After his release he continued his political work and built up a communist resistance group. In November 1933 the whole family was arrested, interrogated and after being taken to Fuhlsbüttel concentration camp, they were so brutally abused that Alwin did not survive.

Bernhard, you grew up in a family that experienced terrible injustice under the Nazis. How did you talk about it, was it a frequent topic?

When I was little, people didn’t talk to me about it, of course. But as a child you have big ears and you get a lot of things that you only fully understand later.

On which occasions have you been told about it?

Very often as a result of current political events, but especially at major occasions such as the Auschwitz and Eichmann trials, which of course I remember particularly well. My father and grandfather were most concerned when former Nazis like Globke, Oberländer, Kiesinger and Filbinger were reinstated.

Can you remember episodes or incidents from this story of persecution that you heard particularly often as a child or adolescent?

Yes, the arrest of my whole family in November 1933, following that my uncle was beaten to death by the SA guards in Fuhlsbüttel concentration camp and my grandfather was sentenced to three and a half years in prison. My uncle Alwin had a stamp imprinted on his forehead at Gestapo headquarters Stadthaus: “Down with Hitler and the Reichstag arsonist Göring” – a sentence from a flyer of the resistance group. This immediately turned him into a target for the violent guards.

And then the lifelong self-reproaches of my grandmother. In 1933, she had discouraged her son from an already planned escape to France: “Alwin, you don’t speak French and the Nazi spook will soon be over.”

The arrest of my father shortly after my birth in February 1944 and his terrible experiences in Neuengamme concentration camp were also a recurring topic for us. How deep the fear resulting of that time was inside of him, I experienced much later, when he was already weak and ill. When I began to get involved in the Neuengamme Concentration Camp Memorial in 1992, he said: “Berni, keep your hands off it, if the Nazis come back into power, you will be one of the first.” To this day that hasn’t let me go.

You grew up in the 1950s. How did your environment react to your family history, were you able and willing to tell about it?

I can still remember the early post-war period well. At first, my father and grandfather, as resistance fighters, were the great heroes who had recognized the Nazi threat early on. But with the beginning of the Cold War they were the communists for the bourgeois conservatives, and were either ignored or insulted. It was often the same people who in 1945/46 had asked for positive statements for their ‘Persilschein’. In this atmosphere, for me as a teenager, it was difficult to talk about our family history. On the other hand, my father has been honoured several times for his help to Jewish fellow citizens – often food was given to them in his shoemaker’s shop. I was indeed proud of the fact that, for instance, Ida Ehre or other prominent Nazi opponents were customers of ours after the war.

How do you live with your family history today?

It determines my thoughts and actions again and again and catches up with me. The most recent example is the unfortunate conflict with the son of the doctor of the Fuhlsbüttel concentration camp, Dr. Ulrich Schnappauf. He documented the manslaughter of my uncle Alwin as “suicide by strangulation”. I have read this reasoning remarkably often in the death lists of Fuhlsbüttel. We know these concealments of the true causes of death from very many death lists of other concentration camps.

In seminars, but also at the forum “Future of Remembrance”, the Neuengamme Concentration Camp Memorial gives the descendants of victims and perpetrators the opportunity to enter into a dialogue. How do you experience this work?

As a very great enrichment. And I admire the courage of the people – like Barbara Brix – who also publicly confront the perpetration of their fathers. For me from a ‘victim family’ it is much easier to talk about it.

The interview with Bernhard Esser was published in freundeskreis aktuell No. 25/October 2015.

Barbara Hartje is the president of the German Friends of the Neuengamme Concentration Camp Memorial.