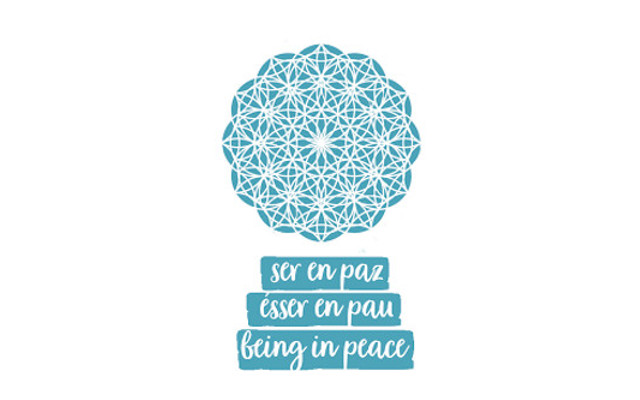 We have reflected on previous occasions on initiatives aimed at repairing the damaged social fabric caused by direct, cultural and structural violence, such as the Spanish Civil War (1936) and the Franco dictatorship (1939-1975) or the Rwandan Civil War (1990-1994) and the systematic massacres that occurred in that context (1990-2000)¹: the shadows of these individual and collective violence and trauma are projected – sometimes visibly and sometimes imperceptibly – up to four different generations², beyond the people who lived and suffered the events in person³.

In some editions of the Catalan Memorial Hearings (Audiencias Memoriales de Cataluña) among many others related to large-scale crimes during the Civil War and the dictatorship, situations of repression of the population and the use of stigmatizing labels (such as “red-separatists”) were revealed. Also among other facts and experiences, the suppression of the Catalan legislative, government and judicial institutions, the forced exile of the population of the Catalan, Basque and Spanish Government, the execution of the democratic President of Catalonia, Lluis Companys⁴ and the prohibition of the use of the language Catalan were expressed in these public hearings.

During the transition to democracy, amnesia was chosen to face the violence of the past (including amnesia about the facts referred above), turning the page without having written, let alone reading it. Individual and collective traumas were largely invisible from the 1970s to the 2000s in Spain.

Then, timid initiatives emerged in favor of the right to memory, the right of reparation and different proposals to face the past⁵.

Shadows of the past

Especially from the 2000s on, some of these shadows from the past resurfaced and were particularly visible in 2010, when a Constitutional Court with many magistrates with an expired mandate issued a verdict that limited and stood above the process of popular sovereignity already completed, thus deepening a political conflict that was not recognized as such by some authorities⁷.

In the following decade, with a manifest lack of will and willingness for dialogue by the Spanish Government to the proposals and requests for dialogue of the Government and the Parliament of Catalonia, as well as various sectors of Catalan civil society, the conflict reemerged with the decision of the Government of Catalonia to hold a non-binding consultation (2014) on different forms of relationship between Spain and Catalonia (including a federal system) and, subsequently, a “self-named” referendum (2017) on self-determination in Catalonia; none of these processes was authorized by the Spanish government and judicial authorities.

Disobeying the prohibition of holding a referendum, the later was called by the Government of the Generalitat de Catalunya and strongly repressed by the Spanish Police, applying violence⁸ against a population of at least 4 generations who went to vote peacefully, in a framework of violation of fundamental rights⁹. And the political conflict worsened, with injured people, trials arose that culminated with harsh prison terms for the President of the Parliament of Catalonia, the Vice President and several ministers of the Government of Catalonia; as well the President and several ministers of the Government of Catalonia marched into exile … And again, silence and inability to dialogue remerged in this scaling process of this new version of individual and collective trauma.

Faced with the worsening of the political conflict, diverse perceptions of the breaches of coexistence, a growing social polarization and the resurgence of individual and collective resentments – and even historical ones – four organizations¹⁰ launched the initiative “ESSER EN PAU / SER EN PAZ / BEING IN PEACE”¹¹ (Eep!) to facilitate a dialogue at different levels, a space and a time to internalize and externalize vital experiences related to the social and political situation in Catalonia / Spain.

Each Eep! session is attended by 20-25 people from different backgrounds, ideologies, identities, generations and gender etc. that reflect the plurality of Catalan and Spanish society, including Spanish and non-Spanish nationals living in Catalonia.

Eep! prioritizes the expression of emotions and expressions of life experiences related to conflict, beyond ideas and in accordance with the principles of non-violent communication, as an opportunity to shed light on individual and collective shadows, to generate a wave of compassion and materialize harmony. It aims to facilitate a transition, from respectful expression and attentive listening, from intelligence to conscience.

In the Eep! Sessions, with its own methodology deployed in three phases, experiences of the last decade are heard, related to the perception of repression, fear, impotence, sadness, indignation, actions of denouncing neighbors, labeling stigmatization, and also of hope, enthusiasm, collective synergy. Some of these expressions connect with intergenerational traumas that are revealed in the present; some people make direct references to experiences or resentments connected with their parents, their grandparents, and even their great-grandparents during the Civil War or the Dictatorship¹².

We believe that these hidden or subversive stories (below the official version of the conflict¹³) are important and timely that they come to light and are shared and elaborated to seek personal, cultural and structural situations that allow for harmonious coexistence.

Eep! does not consist of therapy, nor does it respond to a political agenda, nor is it mediation in conflicts or training. It is an initiative of “plurilogos” (dialogue at different levels, and not only at the level of ideas) with the potential for individual and collective transformations, which facilitates the possible reparation of the damaged social fabric and aspires to propose positive changes in the polis (the public space that affects everyone), in this case especially Catalonia / Spain, nurturing a common vision from what has been shared.

In this way, we connect with those initiatives that work on memory – both official, explicit, hidden and implicit, whether individual or collective – for a restorative present and a more cohesive, conflictive peaceful and evolved future.

[4] Execution of the President of the Generalitat de Catalunya, Lluis Companys, as a result of a summary military trial without defense guarantees, after his arrest in France by the German Gestapo and the direct surrender to General Franco by the French authorities without an extradition process.

[6] Here, we are talking about the process of approval of a new Statute for Catalonia in the Parliament of Catalonia (1st step), approval in the Spanish Parliament (2nd step) and approval by referendum of the population of Catalonia (3rd step).

[8] It is still under legal and political debate whether such violence can be considered legitimate, disproportionate or even criminal.

[12] Even during confinement with the Coronavirus we have conducted specific Eep! Sessions related to the Pandemic. In those sessions, situations of fear, perception of control, outrage at the militarization of the discourse and the management of the police and the army have been expressed, including denunciations of the breach of the numerous and sometimes confusing norms rigid confinement by the authorities.

BEING IN PEACE / ÉSSER EN PAU / SER EN PAZ: AN INITIATIVE THAT CONNECTS RECENT PAST AND REMOTE PAST OF SEVERAL GENERATIONS was last modified: November 23rd, 2020 by Jordi Palou-Loverdos
0 comment

Letter to Anton van der Lugt by his great-granddaughter

The story of Wim Aloserij travels the...