Letter to Anton van der Lugt by his great-granddaughter 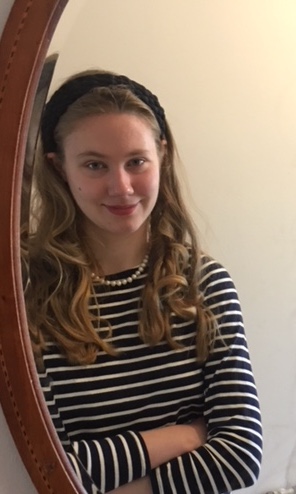 When my daughter Maryse lived in Ireland in 2016, she attended an international school. The subject to be studied for history was World War II. During one of the lessons my daughter was invited to read aloud a letter to her great-grandfather, who was a member of the Dutch resistance. When she had finished, there was a moment of silence followed by an applause.

I cannot read the letter without tears in my eyes because my daughter has the courage to wonder what the last minutes of my grandfather’s life looked like. Were his last loving thoughts concerning the welfare of his wife and five young children? Surely.

We think of Anton van der Lugt, every year during the Remembrance of the Dead, held annually on the fourth of May in the Netherlands, and much more often! We refer to our (great-)grandfather when we need courage, when we are brave or not brave. He has become our moral role model.

You were born on the 26th of March 1903, in Rotterdam. You married Antoinette de Beer-Eras, and you had five children. Your oldest daughter, Marij van der Lugt-Kuitenbrouwer, was my grandmother, who died before I was born.

You died in the concentration camp Neuengamme in 1944, because you were in the Resistance. The Red Cross said the cause of your death was blood-poisoning when Marij looked up your records. But is it true? Or is it just one of the many lies the Nazis made up, and instead they rounded you up and shot you? And then they wrote ”blood-poisoning” just to make them look ”innocent”? You died in a work camp designed to kill the people who worked in there. You had a problem with healing small wounds- did it grow worse? One small wound may have killed you, or, more likely, in my opinion, the Nazis killed you?

Or, if they did not shoot you, maybe they wounded you on purpose? I shall never know that much, just like no one else will.

Let me introduce myself. I am Maryse Kluck, your great-granddaughter. I must say that I look like you.  On your photo, you have light hair and eyes, and so do I.

My father is a diplomat; we’ve been in many countries. I was born in South Korea. Now I am in Ireland. I am going to school. It is hard, as I have been home-schooled, but for now it is going well.

I wish that I could have known you. Or, at least, my mother, who never saw you. You are a hero. Once, you saved a girl from being burnt. Then you joined the Resistance.

At age 41, on the 21st of August you were betrayed. You must have been betrayed, because a camouflaged book with your handwriting was seized from the bookcase. What vile person would have done this, what sick mind, would betray you, brave man and loving father and husband you were?

Then you got sent to camp Sachsenhausen, on the 8th of September, a day after my birthday. You were probably weakened. Your number was 100893.

Finally, on the 16th of October you were sent to Neuengamme.

You died on the 26th of October, at 08:00. Now I do not know what to write. Through my mind race images, imaginations. How were your last last hours, your last minutes of life? And most of all: were you alone? Or were you with others, captives or Nazis?

Did you think of Antoinette, Marij, and your children? Or the other generations who have ties with you?

Personal questions that they are, I will not stop thinking them, nor will I ever know the answers.

‘Space to Remember’ will be inaugurated on November 13, 2020