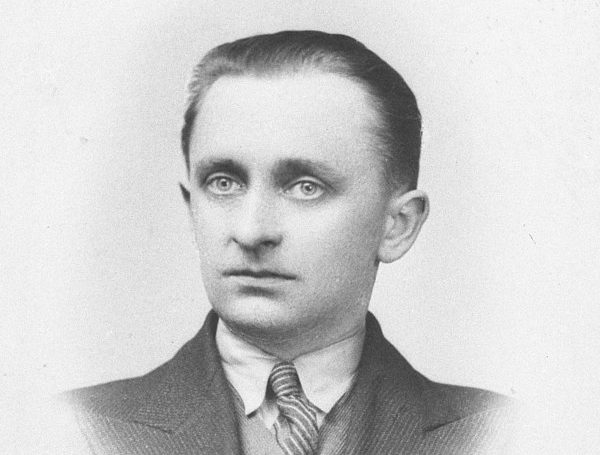 I was born 01.05.1940 in Warsaw. In my early childhood during World War II I experienced all kinds of terror under the occupation of Nazi-Germany.  I come from a family who at that time belonged to the so-called intelligentsia. My father – Jan Derengowski (born 08.02.1902 in Warsaw) – was undersecretary at the ‚Central office for Statistics‘. My mother Maria – maiden name Lenkiewicz ( born 24.03.1905 in Warsaw) – received a humanistic education. She was a housewife. I also had two elder sisters – Elzbieta (born 1933) and Ewa (born 1935).

We lived in Zoliborz, a part of Warsaw, at the corner of the ulica Slowackiego 32/36, in a very nice building owned by the „Council of Ministers“. Our fate was tied to this place until our forced migration after the Warsaw Uprising had been defeated. The Germans burnt down the building and they drove us out to the transit camp 121 in Pruszków. From there they deported my father to the Neuengamme concentration camp  (Hamburg). There he was murdered on December 20, 1944. My mother, my two sisters an I were deported by freight train to the General Government (Krzeszowice).

After the fighting had ended we returned to the Polish capital, our native Warsaw which had been totally destroyed. I was four years and a half. I remember some pictures from that time. They could be titled as follows:

Living on without a father

We live on ulica Krechowieckiej 5. Our apartment at ulica Slowackiego 32/36 was looted and strangers live there. The new flat is on the third floor. One of the walls in the kitchen is missing, but at least we are close to our former home, waiting for the return of our father. We are afraid – my father was an officer of the Polish Home Army (Armia Krajowa).

The new reality of postwar Poland: My mother works. We go to school and hope our father will come back. We wait … We don’t believe in the official news about our father’s death. We live in poverty. Mother doesn’t marry a second time. We wait. We miss our father. The war has ruined our family relationships. Mother fears for her daughters. I study at the University of Warsaw.

Association of the former prisoners of the Neuengamme concentration camp

Years pass. I decide not to believe in myths or stories which are told about the fate of Polish prisoners. I get to know the Association of the former prisoners of the Neuengamme concentration camp in Warsaw (1976) and I am accepted there. I hear about the former prisoners and their lives in this camp and its numerous satellite camps. I read books about the experiences of  prisoners of other Nazi camps where other  members of my family had been taken to. Many of them don’t want to talk about it.

Urszula Spinkiewicz and the survivor Janusz Kahl during a commemorative ceremony at the Neuengamme Concentration Camp Memorial. © KZ-Gedenkstätte Neuengamme.

I become an active member of the former prisoner’s association of Neuengamme and I take part in all meetings and celebrations. I start visiting the Neuengamme Concentration Camp Memorial. I received some of the items that had belonged to my father. I was elected to the executive board of the association. I feel empathy with the former prisoners of the concentration camps. In their fate I see a shadow of my father’s fate.

Each time I visit the  Neuengamme Concentratin Camp Memorial.  I am moved by this tragic place of Nazi crimes, and also because this is the place of death of my father. For me the House of Commemoration and the Memorial for the Warsaw Uprising are very important places. Each time I visit the Neuengamme Concentration Camp Memorial I go to these places. I am very thankful for having the chance to put down flowers there.

With interest I watch my Germans contemporaries who take a good look at the Nazi past, at the time before our civilized world. Attending the commemoration ceremonies on the occasion of the anniversary of the liberation, at the Memorial for the reception camp Wöbbelin and at the Neuengamme Concentration Camp Memorial I learn how you can change from hating other people to respect for their otherness. This is shown in a beautiful manner, emphasizing the deep reflection necessary,often through the use of art.

To remember the former prisoners in the future, it could help to provide information ion flyers and in exhibitions also in different languages. To spread knowledge about the Neuengamme concentration camp the Memorial could send packages of information to the memorials in the prisoners‘ countries of origin and the transit camps from where  they were transported to the Neuengamme concentration camp (for example, Auschwitz in Poland). There should also be offered lessons in museums, adapted to the age of the students,where they receive material to take home, texts and illustrative pictures from the archives to be able to reflect everything when the moment has come.