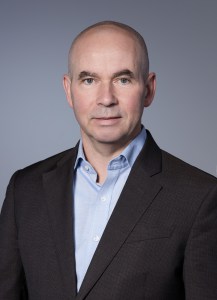 Pascal Roger, the great-grandson of Abel Leprince who died in the Neuengamme concentration camp in March 1945, participated in the workshop „Dialogue between the descendants of former concentration camp prisoners and the descendants of Nazi perpetrators“ during the Forum „Future of Remembrance“ held at the Neuengamme Concentration Camp Memorial on May 6, 2015. Here are his answers to some questions I asked him about some of the main themes covered during the workshop discussions.

How did you learn about what happened to your father or grand-father ?

Mainly through my father, who has, himself, increased his researches during the ten past years. And also, at the beginning, as early as 1974, from another prisoner of the same area (Orne), Michel Simon, who was in Mauthausen concentration camp.

How did you manage (or not) to overcome the consequences of the perpetrators‘ deeds?

Thanks to all kinds of initiatives aiming at the transmission of memory and expressing gratitude towards those who paid the highest price for what they did, and thus will not be forgotten and did not die in vain.

A few examples : books and films on Jean Moulin, Night and fog by Alain Resnais, If This is a Man by Primo Levi, Shoah by Claude Lanzmann, The Army of Shadows and many other books, documentaries, films on concentration camps and the Resistance.

Through personal thinking out and acting at the service of memory and of “never again…” : Resistance and Deportation competitive exam, for which I won a national prize in 1982. A wider commitment to the cause of employment – mass unemployment and the loss of social landmarks being, to my mind, the main reason for such a catastrophe, whatever the country – and Europe : interpenetration of cultures as opposed to the dangers of protectionist self-centeredness. Which I did, as a manager in France and Germany.

Through the fact that the German society and most of its leaders – Chancellor Merkel and President Gauck first – behave in an exemplary way in accepting the risks of memory transmission (recently, the strong symbol of President Gauck’s visit to Oradour-sur-Glane).

What will you pass on to your children?

A sense of vigilance and being aware that human nature is capable of the worst as well as the best. I want them to be conscious of the courage and the sacrifice of men and women for the sake of dignity, freedom and honor for everyone.

Opening to others, as self-centeredness will, sooner or later, lead towards war. My wife is German, my daughter has the two nationalities and is bilingual.
Tolerance and understanding, as opposed to excessive and deceitful prejudices. My father-in-law, now deceased, a doctor and a generous man, had been enthusiastically been enrolled in the Hitler Jugend, then in the Wehrmacht on the Russian front, and quickly undeceived…

What do you expect, or fear, from a dialogue between families of victims and families of perpetrators?

It’s a good initiative. The main purpose is to have true and open exchanges with each other aiming at “never again”. There is one human nature and the best (having a common humanistic view) can come after the worst, from generation to generation.