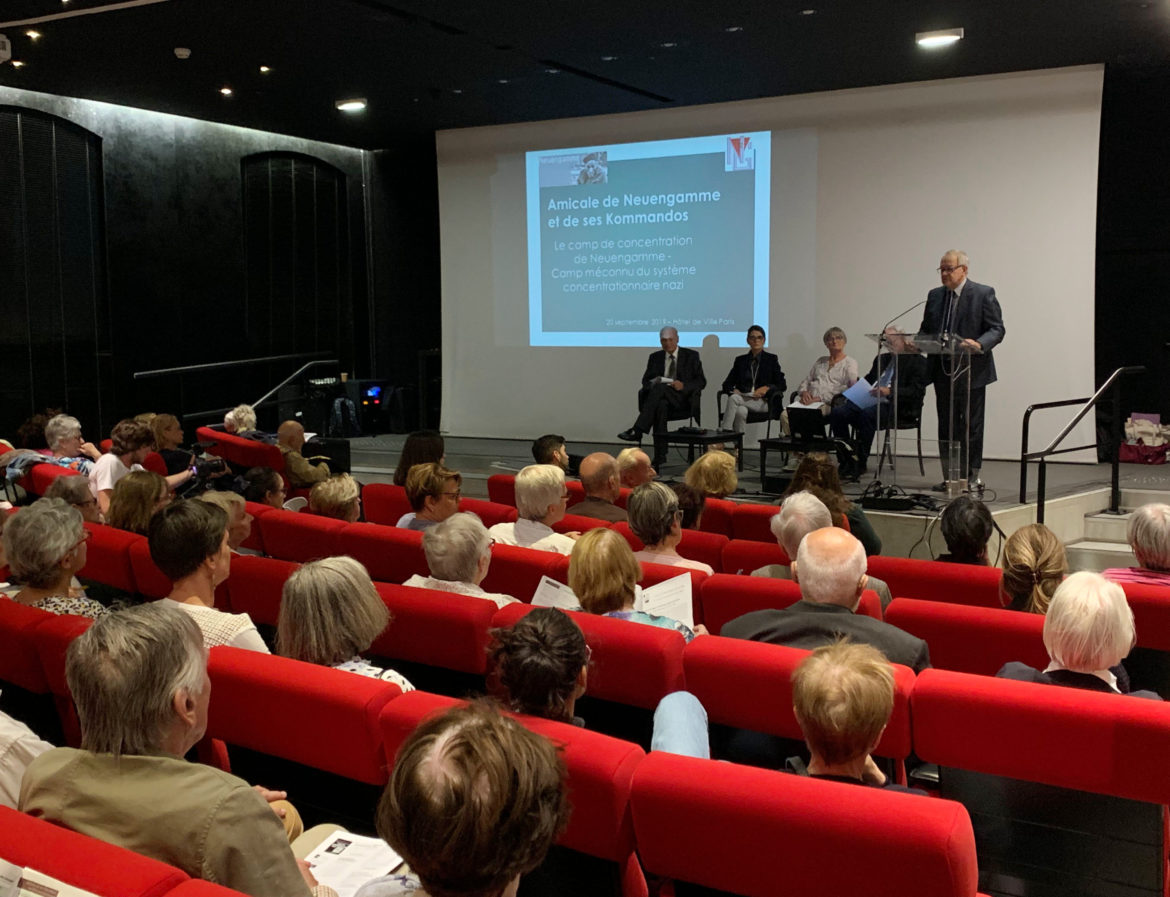 With the support of Mme Anne Hidalgo, mayor of Paris, and her Council, the French Amicale de Neuengamme organised a conference in Paris Town Hall, in order to make Neuengamme concentration camp better known.

The audience included members of Neuengamme former prisoners’ families but also Parisians who had received an invitation, students and members of other memory associations.

The event began with an introduction by Jean-Michel Clère, president of the French Amicale, followed by the five speakers, each of them dealing with a different subject:

The speeches were illustrated by slide projections of maps, plans, period photos, prisoners’photos and other documents. Several testimonies were read in support of the subject.

The evening ended with questions from the audience, while a projected slide announced the next event organised by the Amicale: on November 29th, in Paris Town Hall, two descendants of Neuengamme prisoners and two descendants of nazi perpetrators will exchange within the framework of their working group « Mémoire à 4 voix ».

A member of the Amicale filmed the whole evening and a DVD will be made and put up for sale.

The texts on the different subjects will also be gathered in a booklet and published in the collection of « Les Dossiers de Neuengamme ».

Working for a Place of Exchange: SCI-Workcamp at Neuengamme Concentration Camp Memorial

Space to Remember – a review of...