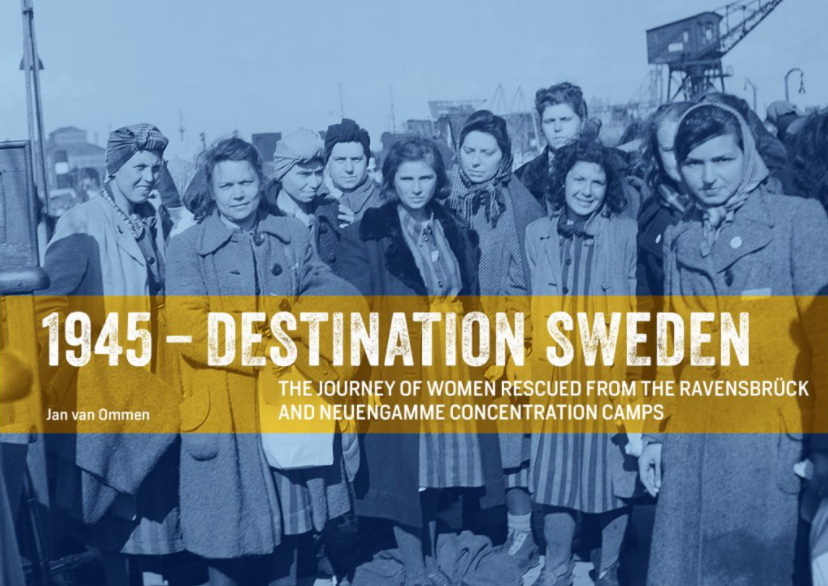 Jan van Ommen has been a member of the Stichting Vriendenkring Neuengamme, the Dutch Group of Friends of the concentration camp memorial, for many years. His mother Renny van Ommen was one of the approximately 650 women who were transported to Dachau when the Vught camp was evacuated. About two hundred of them were quickly transported further to Munich to a subcamp of Dachau, where they had to do forced labor in a factory of the AGFA company.  Jan van Ommen’s mother was part of this group.  From this group of the original 650 women, another transport of 48 women went via Neuengamme to Horneburg, one of Neuengamme’s subcamps, on October 10, 1944. For this reason, and because he has lived in Hamburg for years, the history of Neuengamme concentration camp is very important to Jan van Ommen personally.

In the March 2014 issue of the Bulletin of the Stichting, an article by Jan van Ommen appeared concerning the fate of Dutch women in the subcamps of Horneburg and Reichenbach. In response to this article, Jan received an inquiry from Henny Blok, who wanted to find out what had led to the death of his aunt Neeltje Blok. Neeltje Blok had died on the journey from Ravensbrück to Sweden. She had previously also been in the satellite camp Horneburg.

With his request, Henny Blok had addressed exactly the right person. Jan van Ommen lives in northern Germany, is well connected to Ravensbrück and is married to a Swedish woman. This provided him with good contacts to Sweden and access to Swedish texts. He began his research, the result of which is now available as a book under the title “1945 – Destination Sweden”.

In the course of his research, much had come to light. In his book, Jan describes the various people and institutions involved in the rescue of the women from Ravensbrück and the role they played, as well as which women were rescued and how their arrival in Denmark or Sweden was like. Three times it happened that rescue transports were shot at. Each time it was “friendly fire”. Jan describes these three incidents in detail.

He then gives an overview of all transports from Ravensbrück to Sweden. Because the International Red Cross had an office in Lübeck, he also discusses the disaster of the “Cap Arcona” and “Thielbek” in Lübeck Bay in this context.  Jan van Ommen also describes the fate of the women who were left behind in Ravensbrück, as well as that of the women who were taken from Hamburg to Sweden on May 2. The latter did not come from Ravensbrück, as is often assumed, but from subcamps of Neuengamme.

Despite all efforts, Jan van Ommen has unfortunately not been able to find out under what circumstances Neeltje Blok died. Nevertheless, I think that her nephew Henny is very pleased with this detailed study.

Jan van Ommen has compiled the information about the rescue transports from Ravensbrück to Sweden very clearly.  As a by-product, additional information for our Digital Monument, with which we commemorate the prisoners in Neuengamme, came out. Therefore, at this point, a lot of respect and a big thank you for his efforts!

The book can be ordered in German, Dutch, English and Danish from www.vanommen.de as paperback and/or e-book.

Diamond Children – A Book and an...

Book review “Expansion at all costs”