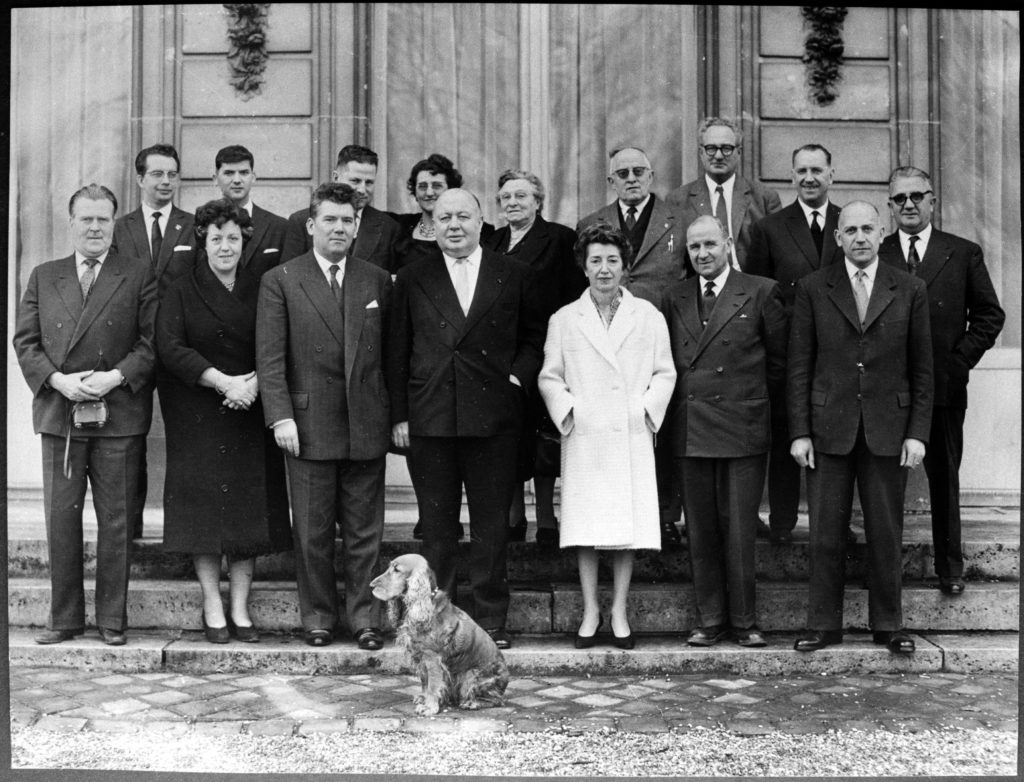 Representatives of the AIN, 1960. © Archives of the Neuengamme Concentration Camp Memorial.

The fight for a dignified remembrance

The Amicale Internationale KZ Neuengamme played an essential role in establishing a memorial on the grounds of the former concentration camp. They started with the international memorial on the premises of the former camp’s plant nursery. More than 1800 former concentration camp prisoners and their relatives attended the memorial’s dedication in 1965.

Dedication of the international Memorial. © Estate of Hans Schwarz, secretary general of the AIN from 1958 till 1970; Archives of the Neuengamme Concentration Camp Memorial.

For several decades representatives of the Amicale Internationale KZ Neuengamme, among them the former prisoners Fritz Bringmann and Jean Le Bris, demanded that a dignified memorial would be built where the concentration camp Neuengamme had stood.

In 1989, the government of the federal city state of Hamburg decided to relocate the prison Vierlanden, which had been built on the premises of the prisoner’s camp and to enlarge the area of the Neuengamme Concentration Camp Memorial. When this decision was in danger of being revoked by a new government in 2001, the AIN played an important role in the international protest. In a personal meeting with government officials, the former concentration camp prisoners finally convinced the mayor to agree to redesigning the memorial.

The descendants continue the work

Today the work of the AIN, in which organizations from Belgium, Denmark, Germany, France, the Netherlands and Poland are organized, is shaped by the second and third generation. Since 2015 the president of the AIN has been Jean-Michel Gaussot. With Victor Malbecq and Janusz Kahl having passed away, the work of the board of the AIN now lies in the hands of the children and grand-children of former prisoners of the Neuengamme concentration camp  and its satellite camps. For them new ways to pass on the memory, the cooperation with the concentration camp memorial regarding the annual commemoration in Neustadt/Holstein and Neuengamme as well as the annual Forum“Future of remembrance” are important.

Christine Eckel is a historian and volunteers with the Amicale Internationale KZ Neuengamme. She was general secretary until 2019.

Dealing with the experience of Nazi perpetration and persecution in families and society: Working with descendants

Closing thoughts on the 2017 Amicale Internationale...